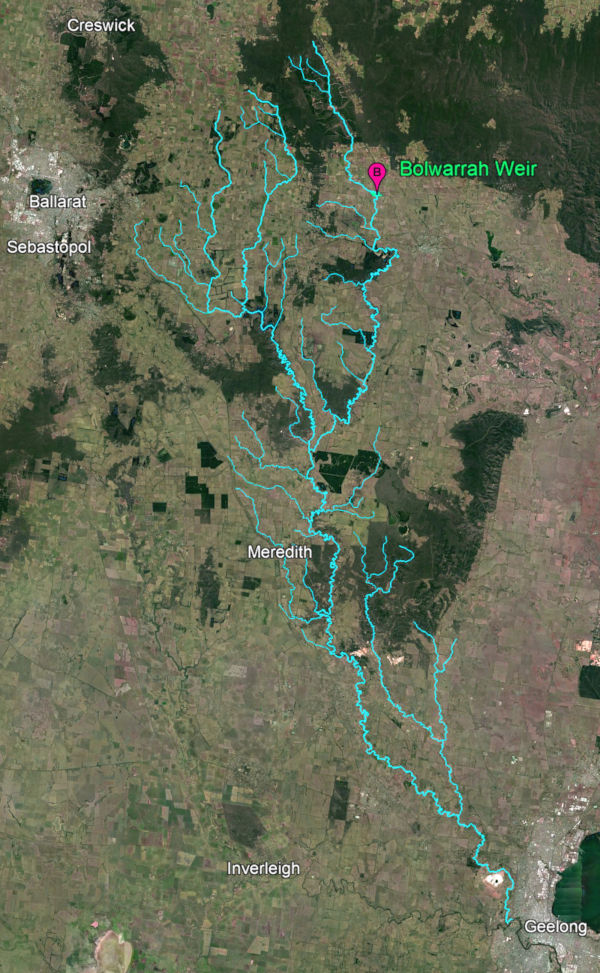 Earlier this month PALM was asked by a couple of landholders on the East Moorabool to visit the Bolwarrah Weir. The couple had expressed concerns about the level of willow infestation at the site and asked if there were plans to deal with problem given landholders were being encouraged to address weeds within their own frontages to the river.

The Bolwarrah Weir is a 122ML impoundment on the highly degraded East Moorabool River between the Korweinguborra and Bostock Reservoirs. The weir wall is constructed from bluestone and was spilling when we attended.

Owned and operated by Barwon Water the weir has an offtake point which feeds a channel leading downstream of the weir. It ultimately goes to supply the Stoney Creek Reservoirs at Durdidwarrah and in turn the city of Geelong and other smaller towns.

Unfortunately while much of the site is well kept the willow infestation was very much evident. Concerningly there is propagation off Barwon Water's holding and into downstream neighbouring properties.

PALM reached out to Barwon Water and they have committed to looking into the issue and we look forward to informing people of their response.

PALM believes it is incumbent of water authorities such as Barwon Water and Central Highlands Water who use the river as a resource to be not only good neighbours but set a wider example of stewardship and care for this quite degraded river, the East Moorabool.

This weir is also a strong candidate for a fish and eel ladder at some stage in the future.

Update: PALM has been contacted by a Barwon Water representative and informed that the organisation intends to address the willows and other weeds at the Bolwarrah weir and will be instituting a program of works to managed weed issues on other similar parcels of land. While we will have to see what is put in place the fact they appear to be taking ownership of the issue is a great first step. 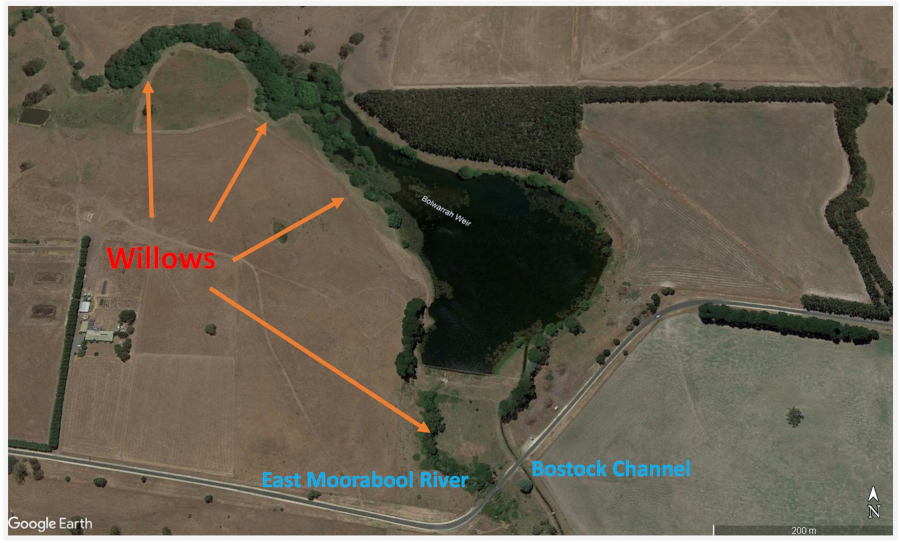 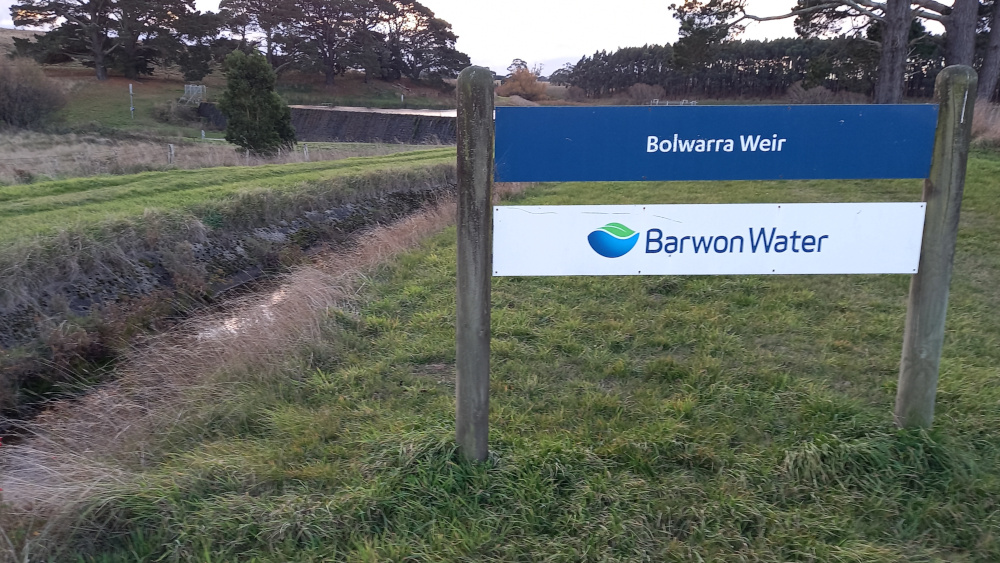 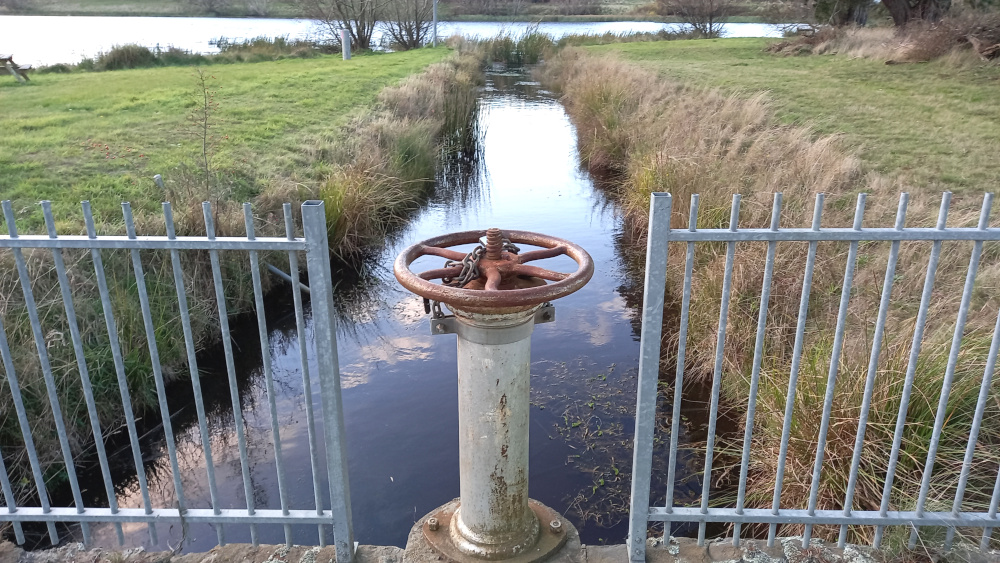 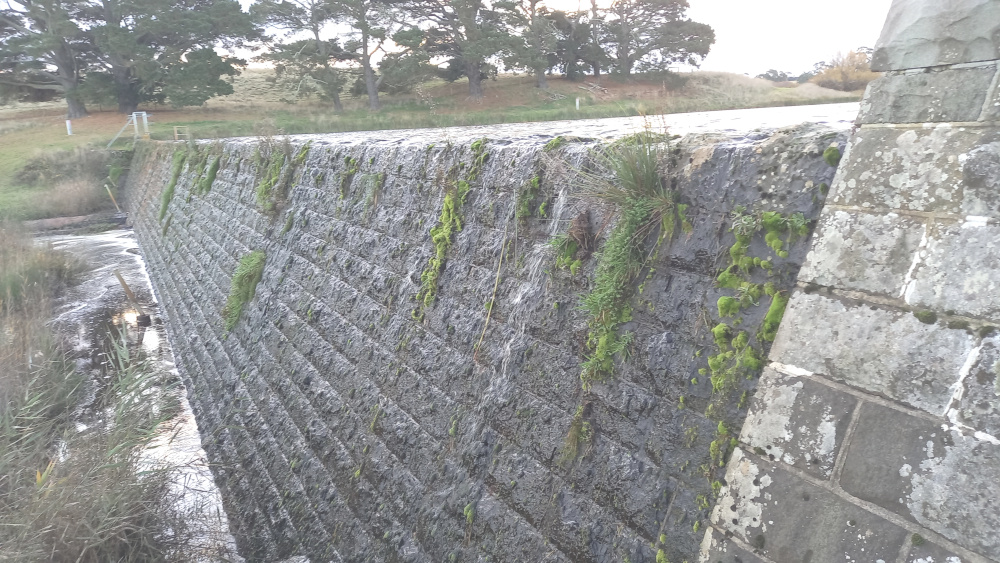 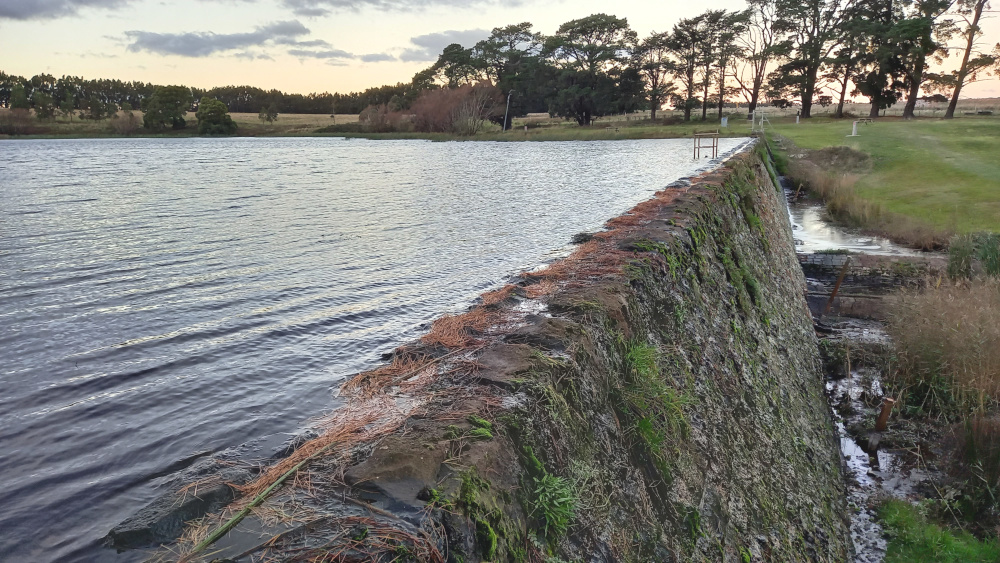 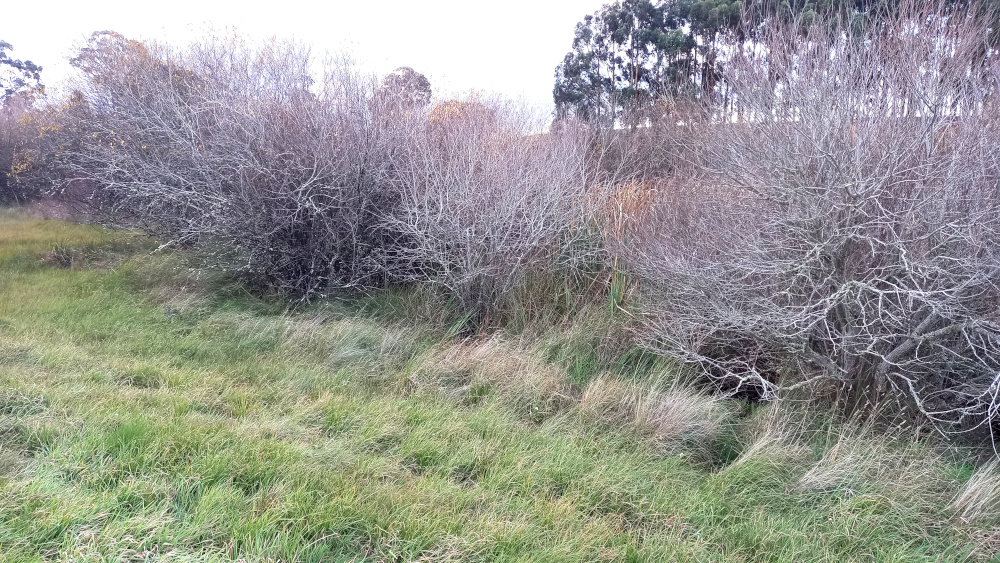 Discussions around planned willow removal and native revegetation were very positive. There is little doubt that Barwon Water is serious about actioning issues not only at this site but within other areas they manage. This site has the potential to become a rich, biodiverse area that ceases impacting downstream properties with willow infestation.